A downloadable game for Windows, macOS, and Linux

A game made by Steven Upton (Developer) and Tom Gill (Artist) for the Weekend Game Jam #2.

Take control of a Ghost and make your way past the paranormal investigators undetected in order to reach his family.

Absolutely baller - such an improvement from last time, gentlemen!

I'm not a fan of pixel art but this was done really bloody well. It works. My first few seconds threw me a bit because I held "Up" when moving and then it just looked like my ghost's face disappeared. That did freak me out for a minor second. Did not notice any misaligned tiles or anything of that nature.

There was no backing track but that is most definitely not important. Heck, the silence in some situations kinda helps bring it home that it's night-time (maybe?). The choice of SFX were good - they all seemed very fitting. Might be worth having a "start" sound that gradually climbs for the very first time- wasn't sure how high the volume was gonna be and the very first DING when collecting the key (we'll call it a key) was pretty loud. Not that it's your fault- that's definitely mine, but a gradual climb to that would give my brain a half-second warning that my ear-phones are pretty bloody loud.

A minor learning curve with the light absorption but was very easily learnt. Cool twist on being a ghost. Maybe even accurate. It was very easy to understand what was going on with the text being shown on the screen. Excellent touch that on dying (a m I a l i v e ?) and re-showing the text again, just in-case you missed it. I felt the speed of that first room was very slow but the more confined spaces made that speed feel justified.

I see you went to put a story in! It's simple and I understood every bit of it. Except for the part where the President gets overthrown. And the eyepatch. JUST KIDDING! Easy to understand what was going on. Given time I'm sure you'd have expanded on it further. Only thing I can suggest is throwing some more flavour in your little guy- with the limited time we had with him we could have learnt so much more about him... And damn those air-breathers, man.

Only little thing I could suggest was, time permitting, challenging the player to find a secret which isn't the main objective- an easter egg, if you will. I saw those corridors and was tempted to walk down then just in case one of yous slipped something in. I didn't. But I'm now ridiculously curious to check. A small effect you could leave in the description is "btw, we hid an easter egg- good luck finding it".  For us perusing the game it'd give a cheeky extra thing to put a little extra effort into completing the game, and then some.

I'm well impressed. You guys are bombing it. Good luck! 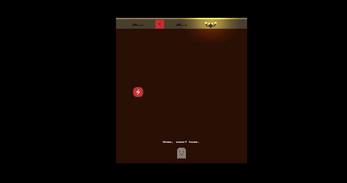 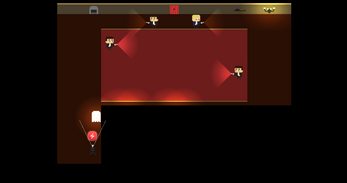 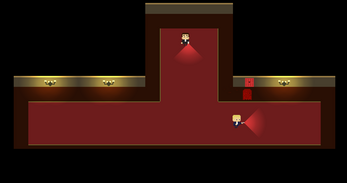 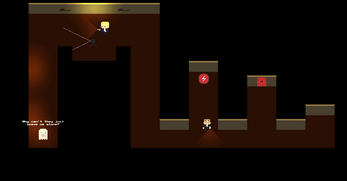 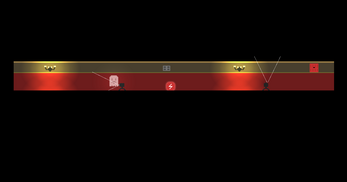